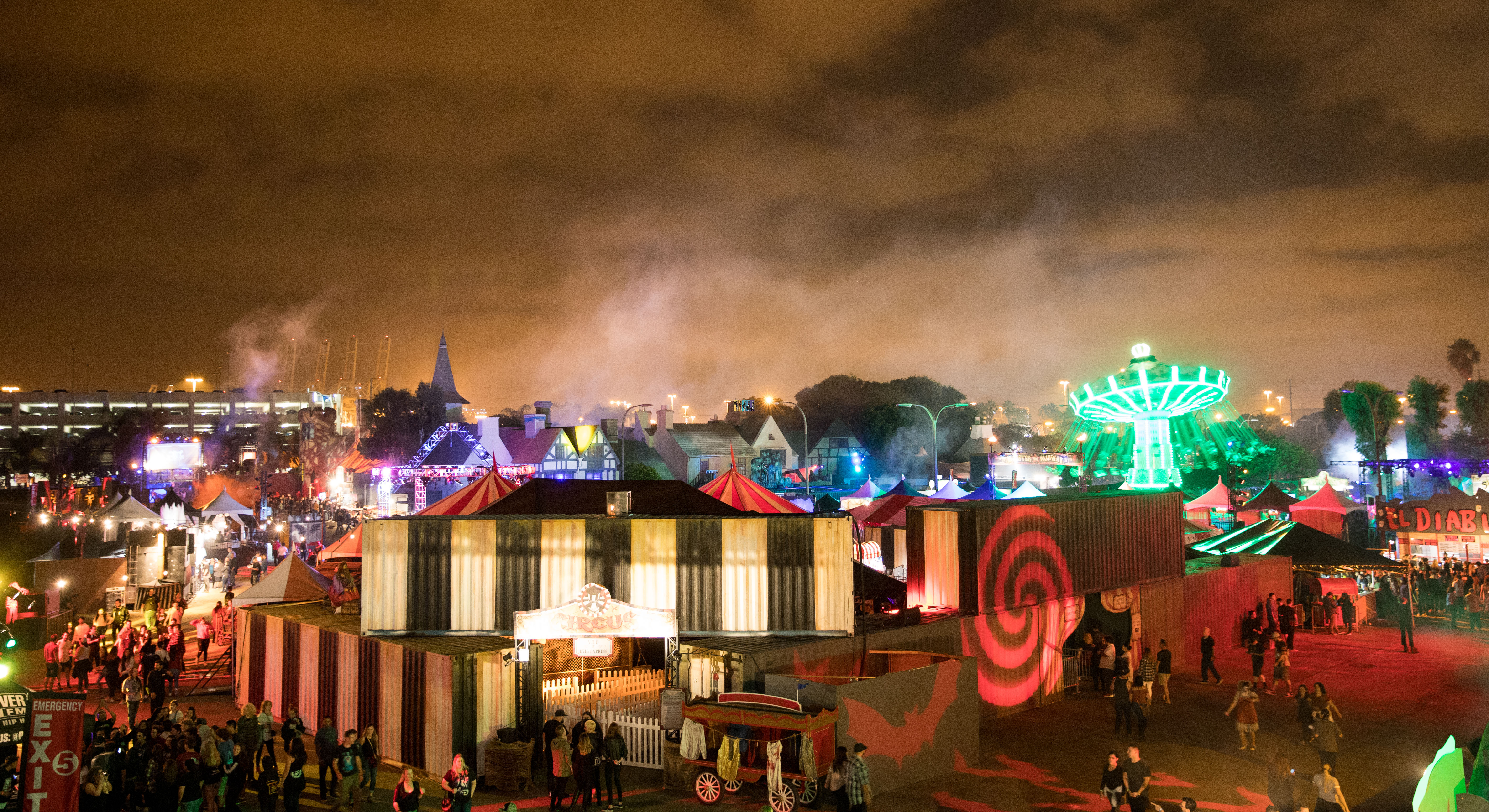 As the Dark Harbor team aboard the Queen Mary come together to open the event for its 10th anniversary season, over 300 monsters are poised to populate 6 mazes throughout the iconic and historic Queen Mary and surrounding events park. This year, Dark Harbor’s horrifying host of mazes includes not only a bevy of returning fan favorites but also an exciting new addition to the Fear Lives Here family.

The undead sailors of Dark Harbor’s Deadrise sink back into the deep with the haunt’s retirement, and a new and terrifying tale of the Queen Mary’s time at sea rises with a brand-new maze, Rogue. Rogue depicts the harrowing event that nearly sunk the ship, referred to at the time as the Grey Ghost, during wartime. When a monstrous rogue wave slams into the ship, nearly capsizing the iconic vessel, her crew desperately tries to right her as she takes on water and nears a full breach. Their efforts seem in vain as sailors plunge into the roiling sea or darkened bowels of the ship and the Captain loses his mind to the chaos that descends on the seemingly doomed vessel. It is unclear whether the ship… and the guests, will weather the storm and survive to see clearer skies. Built completely enclosed in a 36ft dome, the haunt immerses guests completely in the savage storm that gave rise to the Rogue wave through projection and water effects.

Other Dark Harbor mazes have also received a frightening facelift, namely the iconic Lullaby haunt, which adds a whole new layer of mystery and mayhem to the iconic experience. Guests looking to push deeper into the Dark Harbor experience can also unearth new hidden bars throughout the mazes and explore parts of the ship previously off-limits to Dark Harbor guests.

Between new mazes, new bars, and new areas of the ship to experience, 2019’s Dark Harbor is ready to draw guests into the mayhem and remind them that fear really does live here.